On May 3rd, Chinese NGO Let Birds Fly Foundation (Fb:@letbirdsfly) and its volunteers sued three companies for illegal construction and damaging the reserve at the Intermediate People’s Court in Weinan, Xi’an.

Despite having never dealt with this kind of case before, the Intermediate People’s Court paid a significant amount of attention to it. After a series of discussions, the Intermediate People’s Court placed the case on its docket on that very day. One official staff said:“ It has become the first environmental public interest litigation in Weinan.” According to the NGO, the three accused companies have built two business projects without any legal permission. These projects cover a terrestrial area of 1700 hectares at Shanxi Yellow River Nature Reserve, China’s largest habitat for common cranes to overwinter. The reserve region in Hancheng is especially important, as hundreds of rare animals, including great bustards, black storks, whooper swans, tundra swans, and hooded cranes, etc., spend winter there. 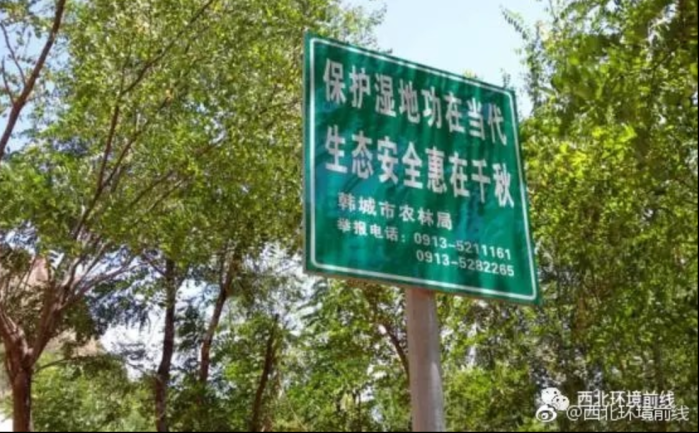 These illegal projects were criticized and demanded to reform by the Chinese government’s Central Environmental Inspection Group. And it finally shut down after being exposed by the press in 2015.

However, those companies’ illegal buildings still haven’t been dismantled. Civil conservationists have also protested numerous times in vain. What’s even worse is that the area encompassing these construction sites has been marked off of the reserve territory in 2018. As a result, this battle of protecting the wild birds’ home is becoming more difficult.

Xiangbing Zeng, the prosecutor’s attorney, feels greatly pleased and relieved to know that the court has put the case on file. “A new era has dawned. The court system is full of positive energy for conservation. We need to legally activate this energy, and make concerted efforts to achieve the beautiful Chinese Dream! Open wide the gate of courts to forward public interest litigation!” Zeng said.