Interviewee profile: Qihan Wang was the Local Manager of Born in China’s camera crew. Released in mainland China in 2016, Born in China is an internationally acclaimed Disneynature documentary. In this interview, Qihan will share with us the stories behind the production of the documentary.

Qihan majored in history at Peking University. She had been teaching in Peking University’s History Department for three years before leaving to join the image-editing department of Xinhua News Agency. After that, she started working as a producer in Chinese-foreign documentary co-productions. In 2013, Qihan’s friend invited her to join the newly started project Born in China. She accepted the invitation without much hesitation, since the crew had originally planned to film elephants, which are one of Qihan’s favorite animals.

After several rounds of selection, her team decided to feature three most representative wild animals in China: the giant panda, golden snub-nosed monkey, and snow leopard, with the Tibetan antelope and red-crowned crane as supporting species. Although elephants were not selected, Qihan chose to stay in the team and started the preparatory work.

Chuan Lu, the director of the movie, once mentioned in an interview that the documentary is a Nature Movie. Born in China should be the first production of the kind in China. As a matter of fact, Born in China has many other “first-time” achievements in the country. The beloved story of snow leopard Dawa is actually the first cinematic high-quality record of wild snow leopards. As for Qihan, it was also her first time participating in the production of nature films. Qihan has experienced situations where the main characters in the cultural documentaries might be unwilling to cooperate. Yet, the filming of such stories was generally controllable. However, in the filming of Nature Movies, they do not have control over the animals. A huge difference always exists between the expectations of the story and what the crew can actually capture.

The main duty of the Local Manager is to communicate with different natural reserves so that the crew can film the animals smoothly. Because it was the first time for any Chinese film crew to produce a Nature Movie, they had to start everything from scratch. The team was hoping to promote knowledge about wild animals and increase people’s awareness of wildlife protection. Fortunately, not only were all the reserves quite supportive of the crew, the State Forestry Administration of China also enthusiastically assisted the filming team. “If the movie could tell the real stories of the animals, more and more people would get to know about these wild animals. That’s why so many reserves were being so supportive.” Qihan recalled.

Speaking of the biggest difference between a Nature Movie and a documentary, Qihan mentions that a movie is performed rather than documented. From drafting a script to selecting the names of main characters, the filming process and story-telling techniques of a Nature Movie vary greatly from a documentary. A nature documentary would dutifully follow the rules of nature. Instead of staging a story according to a pre-planned plot, the team would usually have to conclude a logical story based on what they have already recorded in nature.

If a Nature Movie were produced in the same way, the story would be completely different. For example, if the team were to follow snow leopards and giant pandas for a whole year to tell the story under seasonal and temporal constraints, the film would recount the stories of groups, not individuals. But in Born in China, the audience gets to see the different individual stories of the main characters: Dawa, Taotao, and Meimei; and their stories can respectively represent the population of snow leopards, golden snub-nosed monkeys, and giant pandas. The anthropomorphization of the Nature Movie’s main characters makes the film more concentrated and expressive. The film was edited using many cinematic methods. Qihan regards the film as a starting point to promote the value of nature to the Chinese audience. She believes more Nature Movies will emerge in China. 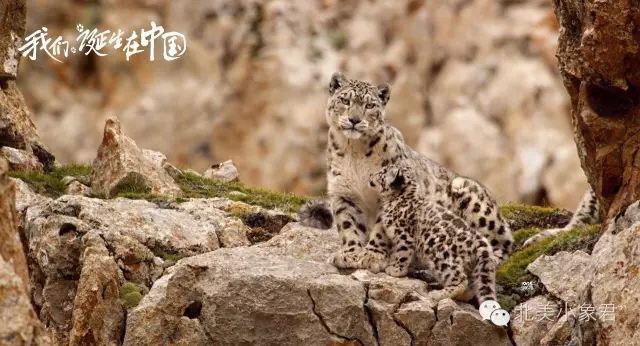 Qihan had many interesting experiences during the filming process. The biggest challenge was filming snow leopards. The team filmed in the mountains, which were 4600 meters above sea level, meaning they had to spend seven days each time to simply go up. In their 10 months there without signals or electricity, the team members relied on satellite telephones. They had to take all kinds of items with them, including stoves, tents, electricity generators, gasoline, and lots of food. They did bring a cook up there to make food as well. To ensure the safety of all team members, they climbed 500 meters at a time, took a break every three days, and then kept going following the strict rules. 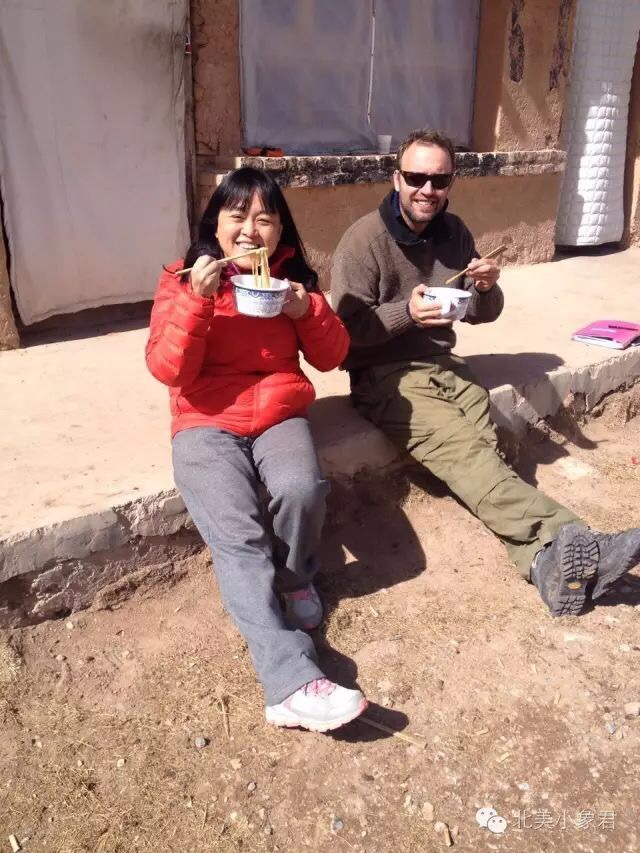 Despite the severe weather and presence of dangerous animals like wolves and bears, the biggest challenge was the fact that the team might not be able to film snow leopards, especially baby leopards, since they were mostly filmed by infrared cameras before, but never with 4K HD cameras. Without footages of snow leopards, the movie could not be continued, so everyone had been rather nervous until the crew was finally able to successfully film snow leopards.

Key to the movie’s success is a group of experienced and accomplished wildlife photographers, who appear in the behind-the-scenes section at the end of the movie. Each one of them has a unique personality, and had been incredibly devoted and professional. Paul Stewart was the photographer for red-crowned cranes. When he had acquired a Ph.D. in Biology from the University of Oxford, everyone thought that he would continue doing academic research. Contrary to everyone’s expectations, he chose to be a wildlife photographer. These photographers are experts in different areas. For example, Shane Moore, the photographer for snow leopards, had been filming feline animals for years and was able to find snow leopards immediately when they were hiding among stones with the same colors as those of their fur. Although Shane was over fifty years old, he was as fast as a young man. These photographers have never set limits for themselves, and they have been working hard year after year for decades. They had been extremely conscientious with their work, and had always tried to learn more about the animals they were filming. Their fervent passion and endless energy for what they were doing truly touched everyone in the team.

Here is another anecdote to share: more than half of the wildlife photographers that Qihan worked with in the team are vegetarians. After having worked with wild animals, they do not want to hurt animals anymore. They care about not only wild animals but also companion and farm animals. While enjoying a vegetarian meal, photographer Rolf successfully filmed the birth of a baby antelope.

The movie could not have been completed with only photographers. Arrangements by the director Chuan Lu were essential to ensuring that the film crew was following the storyline of the movie. At the beginning of the filming of snow leopards, photographers were only able to film individual leopards. However, Chuan told the photographers that they must find a way to film the mother and baby leopards together, and structure the main storyline of the movie accordingly. In August 2014, the photographer Shane successfully filmed the scene of the mother snow leopard with her baby for the first time. Everyone in the team was very excited. Qihan can still recall people crying over the phone to share the good news.

The support from local residents was also very important to the success of the shooting. The snow leopard crew received tremendous support from the local Tibetan people in finding and locating the leopards. In addition, people working in the reserves, such as the rangers, also provided valuable assistance, which made Qihan feel quite relieved.

In Qihan’s opinion, Born in China is of great importance to wildlife conservation in China. First, the movie raises people’s awareness of the existence of such beautiful places and amazing animals. What’s more, the movie can tell the audience that we, as human beings, coexist with all the wild animals on planet Earth. All living things share the same right to thrive, because we need one another to survive. If the well-being of other beings is harmed, our lives would be significantly affected as well.

Second, because of the lack of nature education, many children, especially Chinese children, consider all animals as “pettable.” The Disneynature movie can show them the real lives of wild animals, as well as how to get along with them. They are not pets that we can get close to. More importantly, they share the same rights like we have to live on the planet without our disturbance.

Part of Born in China’s box office will be donated to WWF for the protection of wild snow leopards and giant pandas. This donation is the documentary’s most direct contribution to wildlife conservation. Qihan believes that the pioneer Nature Movie has a far-reaching impact on the movie industry, and there will be more Nature Movies for the Chinese audience.

At the end of the interview, right after we commiserated with Qihan on being unable to work with her favorite elephants, Qihan revealed to us her big secret: she has already started preparing for her next Nature Movie! Since the project has just begun, there was not much for her to tell. However, we heard that the next film would be an international co-production. It accounts the life of an orphan elephant who grows up under humans’ care. “Filming wild animals can be a long-term process. We also have a long way to go regarding increasing Chinese people’s knowledge of wildlife. But we are already on the way!” A meaningful but very challenging mission, the new project is a dream-come-true for the elephant-lover Qihan. Well then, let’s watch Born in China again and wait for the new movie!